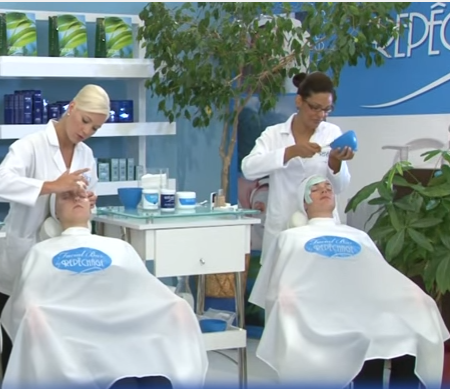 Something New – The Facial Bar

While working as an esthetician I noticed that a lot of customers, who came in for the first time, thought that they and their companions would be together for their services. They were surprised when they were placed in private rooms. The only time they could talk to each other was passing in the hall or if scheduled together during their mani/pedi. I thought it would be a great idea to have them get their facials all together in the same room. I though bridal parties would especially like that. I often said that when I open my own spa I will have a room called the facial room. It would be for people who want to socialize during their services. Continue